We all enjoy our time being outdoors and we manage to have fun and experience wonderful things, but the more important thing is, being outdoors is healthy for your brain, body and soul. 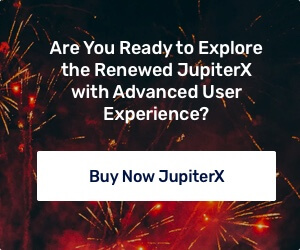 1. Being Outdoors Boosts Your Energy.

We all crave that one cup of coffee early in the morning, but perhaps, you should try skipping it for once and take a relaxing seat outside. Studies suggest that a mere 20 minutes outdoors gives your brain a significant energy boost similar to that of your morning dose of caffeine.

Believe it or not, the psychology of each person plays a significant role in each person’s energy and will. Have you ever noticed that it seems considerably easier to exercise outdoors? According to a study on cyclists, researchers had them cycle in front of various video footage; green, red and grey footage. It was found that those who pedaledin front of the green footage felt less physical exertion and showed a feeling of positivity and optimism. It was suggested that green, as in trees, grass and plants, can add a psychological energy boost to your workout.

‍3. The Outdoors is Good For Your Vision.

Believe it or not, the outdoors is good for your vision. A study conducted on elementary school students revealed that those who spend more time outside had a lower risk of developing nearsightedness than those who stayed indoors.

Our friend in the sky; the sun, doesn’t only watch over us, but rather brings us more natural remedies than we know. Research reported that surgery patients reported feeling considerably lower levels of pain and stress after being exposed to high-intensity sunlight, therefore, taking less pain suppressing medications.

5. The Outdoors Boosts Your Immune System.

With the ongoing COVID – 19 pandemic, health officials continuously advise people to boost their immune systems. Well, going outside won’t do you as much harm as believed. Phytoncides, which are airborne chemicals produced by plants, can help improve your immune system because these chemicals increase the levels of whiteblood cells, allowing our bodies to fight off infections and diseases.

‍6. The Outdoors Provides You With Free Aromatherapy.

Have you ever noticed the relaxing sensation you get after smelling flowers? Scientists suggest that the natural aroma of roses, pine and other plants make people feel calmer and give a rejuvenating sensation of relaxation.

One thing we, as writers, constantly face is writer’s block, it gets to the best of us. However, consider ditching your laptop and all your technology and head to the great outdoors for a touch of Mother Nature. Psychologists have discovered that those who spend a few days outdoors, technology – free, scored 50 percent higher on creativity tests.

At one point throughout the year, specifically the winter time, we all suffer from SAD (Seasonal Affective Disorder), without even realizing. SAD is known as the recurring condition indicated by symptoms of anxiety, exhaustion and sadness. Cold or overcast weather, head outside and spend some time relaxing to decrease SAD’s severity and longevity.

‍9. Being Outdoors Gives You Your Daily Dose of Vitamin D.

Vitamin D is one of the most essential vitamins that our bodies require for functionality. Some of the things that vitamin D provides our bodies with are calcium absorption, prevention of osteoporosis, and reduction in inflammation. Vitamin D can be acquired by intake from foods such as salmon or fortified milk, however, approximately 90% of the vitamin D we get is from exposure to sunlight.

‍10. The Outdoors Restores Your Focus.

We all face situations where we lose focus and concentration at work. A small stroll outside for a few minutes won’t hurt in such situations. Studies suggest that walking through nature and being around nature will reinvigorate our focus.

We blur the line between right and wrong so often, we can’t see it clearly anymore. Psychologists suggest that exposure to nature allows us to shrug off societal pressures, allowing us to see that line clearly again and we remember the more valuable things in life such as relationships, sharing, community and family.

Summer Book Reviews: Are These Best Relationship Books Worthy of Your Attention?